It’s been a year since the world’s first Helipad Cinema launched right here in Malaysia! Since then, run times have been flying – with 47/50 events selling out. It’s now been 6 months since the last of these awesome movie nights, way up high under the stars… So, to celebrate it being a year since the first ever of these incredibly popular events, the team will be coming back for one more Helipad Cinema, with a fresh selection of movies but with the winning formula set up as always.

The Helipad Cinema is back, and guess what we’ve got tix! We know how much you guys love the rooftop movie experience so we’ve partnered up with Helipad Cinema. We have 2 pairs of tickets to give away so you get to catch this special night under the stars with a special someone. 😉 All you’ll have to do is:

2. Tag a friend that you’d like to bring along for the event.

4. Make sure that your post is set to public.

The lucky winners will be announced on the Venuescape Facebook page on Friday, September 8th at 2pm.

To reserve tickets, or for more information CLICK HERE <www.helipadcinema.com/tickets>

Two aimless middle-aged losers still living at home are forced against their will to become roommates when their parents marry.

After picking up a traumatized young hitchhiker, five friends find themselves stalked and hunted by a deformed chainsaw-wielding killer and his family of equally psychopathic killers.

Two proper L.A. dreamers, a suavely charming soft-spoken jazz pianist and a brilliant vivacious playwright, while waiting for their big break, attempt to reconcile aspirations and relationship in a magical old-school romance.

Two astronauts work together to survive after an accident which leaves them alone in space.

A mysterious Hollywood stuntman and mechanic moonlights as a getaway driver and finds himself in trouble when he helps out his neighbor.

Good girl Sandy and greaser Danny fell in love over the summer. When they unexpectedly discover they’re now in the same high school, will they be able to rekindle their romance?

Tyler Gage receives the opportunity of a lifetime after vandalizing a performing arts school, gaining him the chance to earn a scholarship and dance with an up and coming dancer, Nora.

The friendly but forgetful blue tang fish, Dory, begins a search for her long-lost parents, and everyone learns a few things about the real meaning of family along the way.

To book tickets, or for more information CLICK HERE <www.helipadcinema.com/tickets>

Don’t forget to enter to share the Facebook post to stand a chance to win tickets to the Helipad Cinema.  If you are looking for a venue for your next event and would like to inquire about it, go ahead and request for a FREE quotation and the venue will be directly in touch with you. You’re welcome! For more venue suggestions, visit www.venuescape.my or contact us at 016 7200 347. 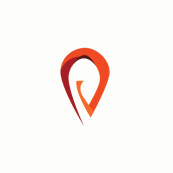